Acoustic niche hypothesis is an term from sound scape ecology which talks about how organisms adjusts and evolve their sonic characteristic and frequencies based on existing sonic landscape around them. Organisms adjust their acoustic bandwidth so they will be audible and distinct from other organisms.

Today, I prepared a bug to be installed on a tree in the forest. The bug is called Flinch. As a part of casting class, we took a hike in the forest of Yale Nature preserve in Westville NH. Here This is a strange piece of land between highway and a golf course like so many other patch of woods that we know next to highway that are too loud to be useful for living. In this in-between land, there is a trail, stream and pond. I found a tree reaching over to the pond that I can kind of climb just enough so I can install Flinch to place that is not visible.

This bug is quite loud and it is some what audible from across the pond if I pay attention. Flinch sounds like an appliances beep and sometimes like a bird, like some kind of finch. What does it mean to be participating in a sound scape? Can I interact with existing sound scape? How organisms hear Flinches sound? Could it be mistaken for some signals of some bird? How does strange regularity of sound register in different organisms? Am I bringing in a invasive species to this environment that can disturb the sonic ecosystem?

In a way Flinch could potentially be changing a dynamic in this sonic ecosystem for better or for worse. This bug is part of this environment now. What is going to hear Flinch? and how will it register? I will come back in a while to see if it’s still there. They might accumulate some debris, or weathered and rusted. I didn’t waterproof Finch to see how they might change in weather or just break.

As I go further away, it faintly register. I hear blue jays, other birds and also Flinch. All together in a same environment. Bug is out of element free windowsill and now meeting the elements. Change of temperature, moisture, magnetism, wind, sun, rain, snow, all of it. All that electronic is usually shielded with hard sells, so they are protected and isolated from the rest of the world; isolated working system so they are preserved in a state that desired. System is there to be changed, interfered, destroyed and worked.

If the form of electronic is in patterns of electrons it moves, there seems to be a potential in a moment of change. While it requires some knowledge to strategize to create changes into some fruitful outcome, plenty of fruitful outcome is generated by intuitive experimentation. If we don’t allow things to change, there also be a no potential. There will be no charge developed for new ideas.

Is the form of electronics a patterns? Or the system? Or the both? Or the effect of patterns the system creates? They are bit like a fire. Is it the wood? Is it the heat, light, is it a oxygen, or is it a condition. We encounter the effect.

How can we incorporate more elemental effect in the body? Beyond only sensitive to the sunlight, how do I think about decay in their body? How can they adopt and change permanently? And how could that be visible and audible? 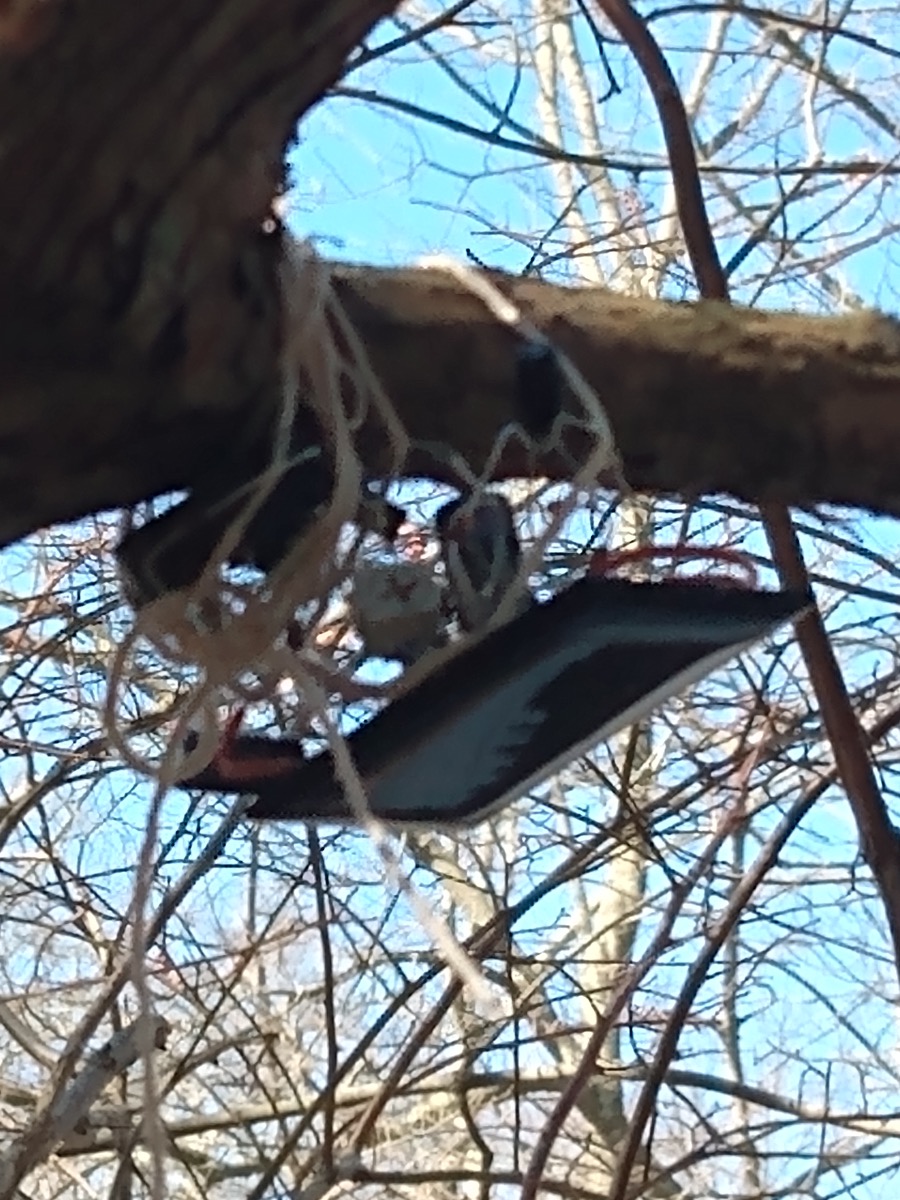 After a week or so of sun, rain, and wind, I revisited the site once more to check in on Flinch. As I hike coming down from a hill to the pond area I recognize the familiar beep and chirp mixed with spring peepers. The sound of spring peepers might be more related to Flinch than birds. Flinch feels quite a part of the scene here now. I am wondering if anyone or any animal notice Flinch? There are regularity of the pattern that are more consistent than other animal that gets highlighted here.

In a way it sounds like flinch is responding to peepers and birds. Even Flinch’s sound is not tuned for particular animal to be heard or to posses any meaning. But how could it register as? There are possibility of Flinch’s call coming across as a friendly or warning, or call for mating. Who knows? It does feel like Flinch is now participating. Taking part in this zone.

I saw an video of a mocking bird crying like a cycle of car alarm. What if mocking bird learned how Flinch sounded? What does that mean? Does that make it more real and alive?